What’s better than a cup of hot tea? How about a chai latte? Flavorful, intense, and warming, it’s the perfect pick-me-up beverage on a cold winter day. We use coconut cream, a keto-friendly option that gives a rich and thick consistency to the chai latte. Then we sprinkle the foamy goodness with cinnamon and nutmeg, which makes this special low carb drink even more irresistible. It smells and tastes like keto happiness in a mug! Bottoms up!

Traditional chai tea latte is a healthy concoction of tea, milk, herbs, and spices. Tea, herbs, and spices are keto-approved. However, milk is obviously not keto. Fortunately, we can substitute it for other ingredients that won’t kick you out of ketosis. For this recipe, we are using coconut cream to take advantage of its creamy goodness, and also because it has more fat and protein than other milk alternatives. Speaking of alternatives, if you’re not a coconut fan, keep on reading this article. Further down, I’ll be giving you more ideas on what to replace milk with! 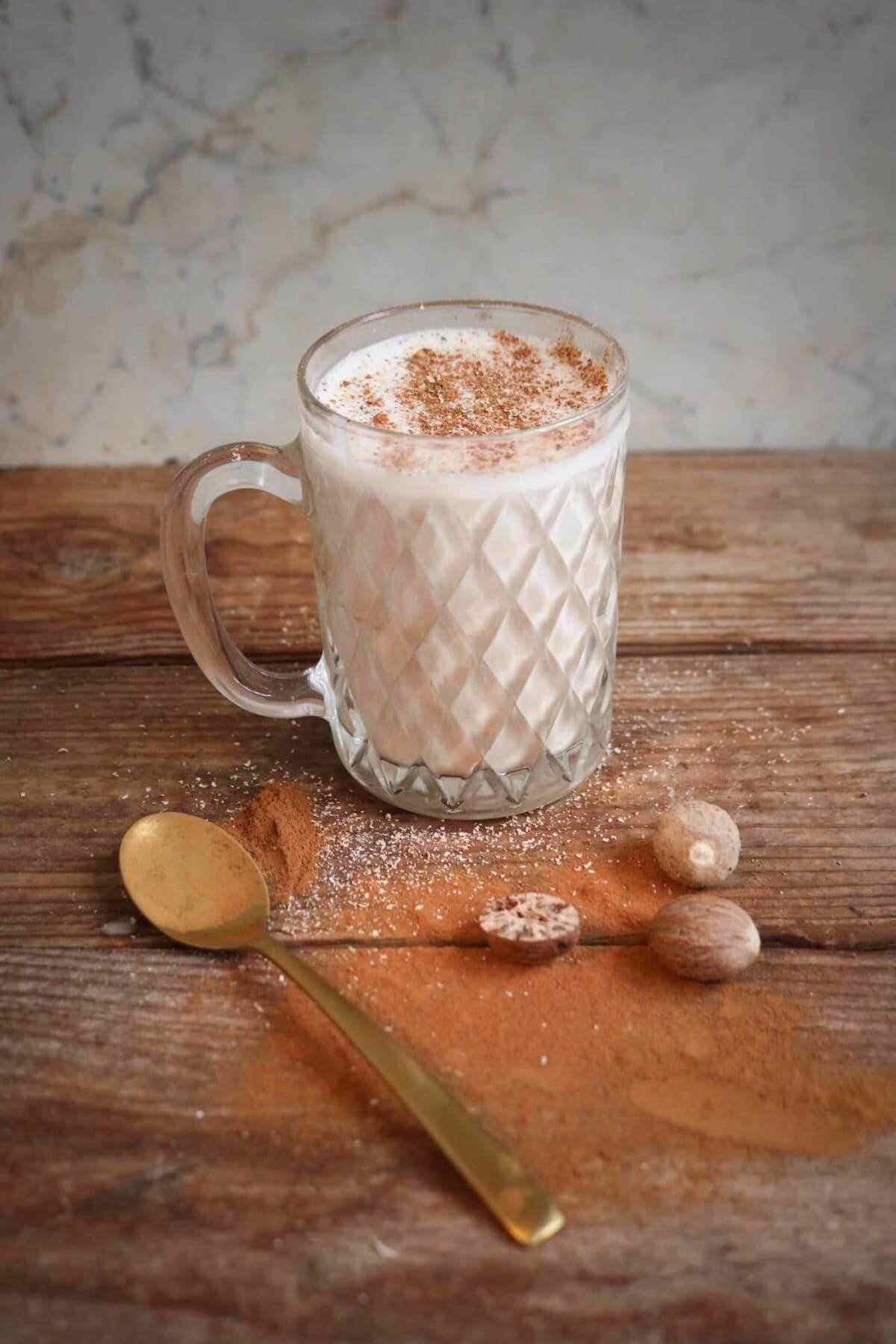 Bring water to a boil and pour it into a cup. Immerse the 2 tea bags in the cup and let it steep for 4-5 minutes. 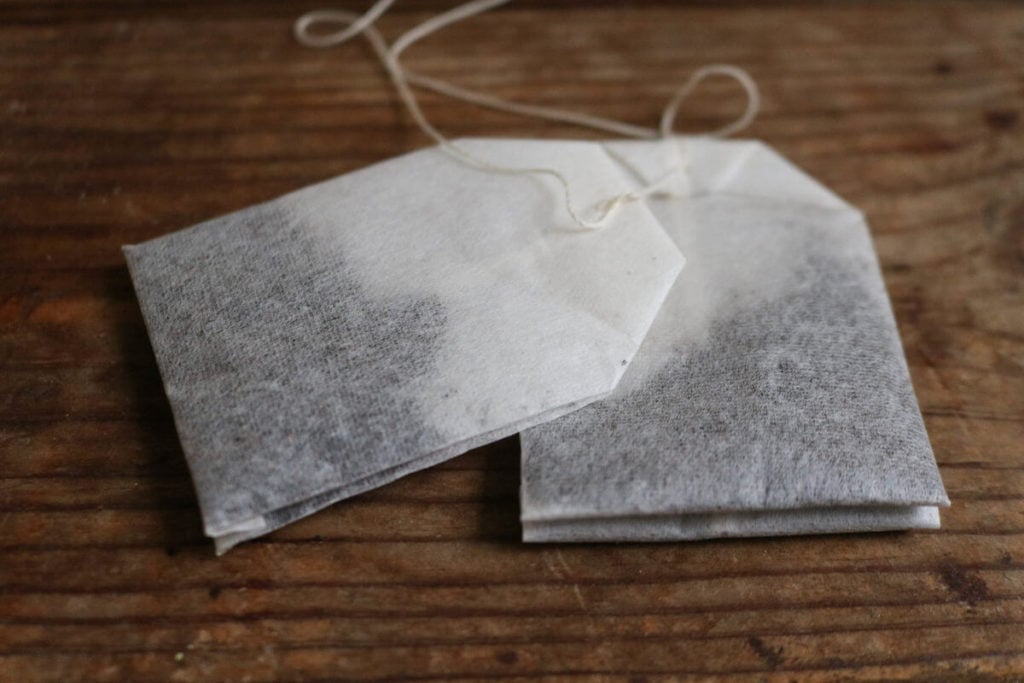 In a saucepan or microwave, warm the coconut cream. Once warmed, transfer to a jar and froth the cream using a frother or an immersion blender. Alternatively, you may put a tight lid on the jar and shake it vigorously until the cream doubles in volume. 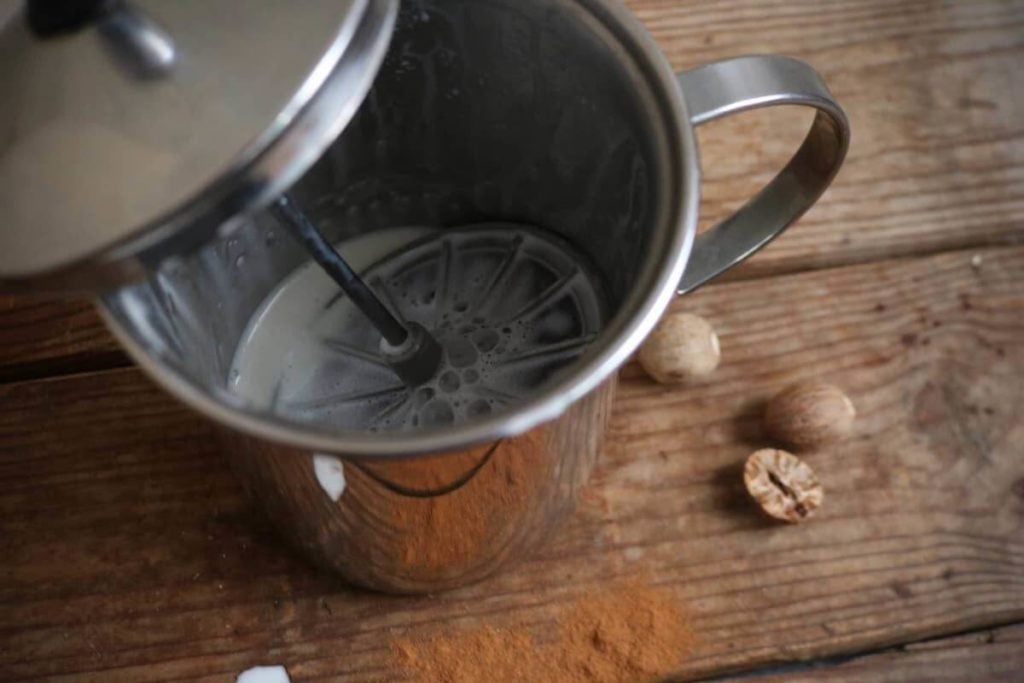 Remove the tea bags from the cup, then pour the frothed cream over the tea. Add the liquid erythritol and mix well. 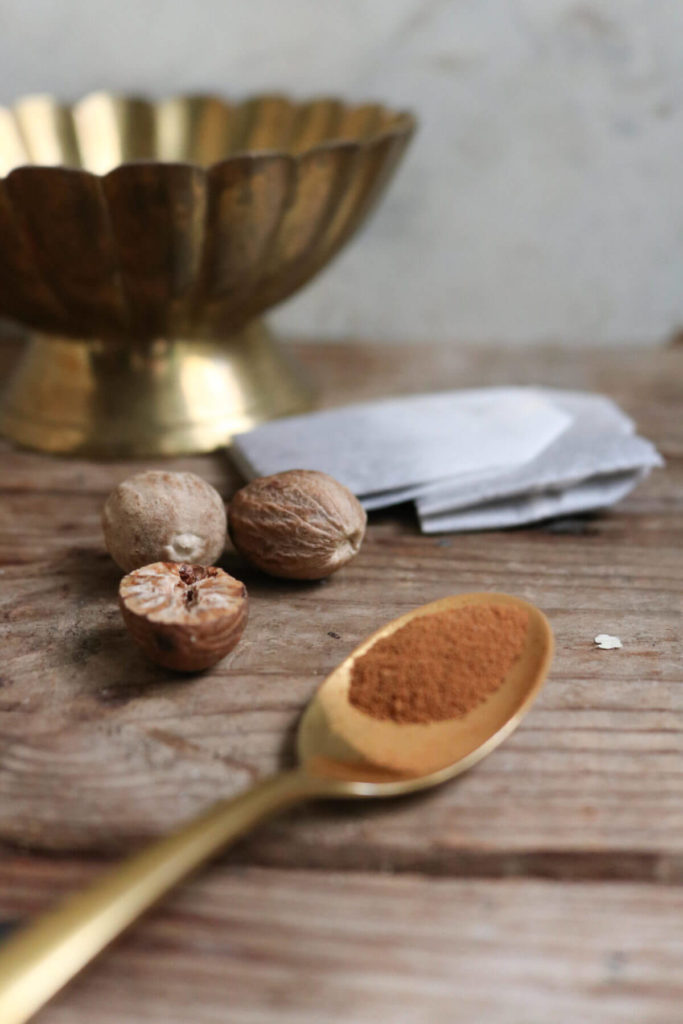 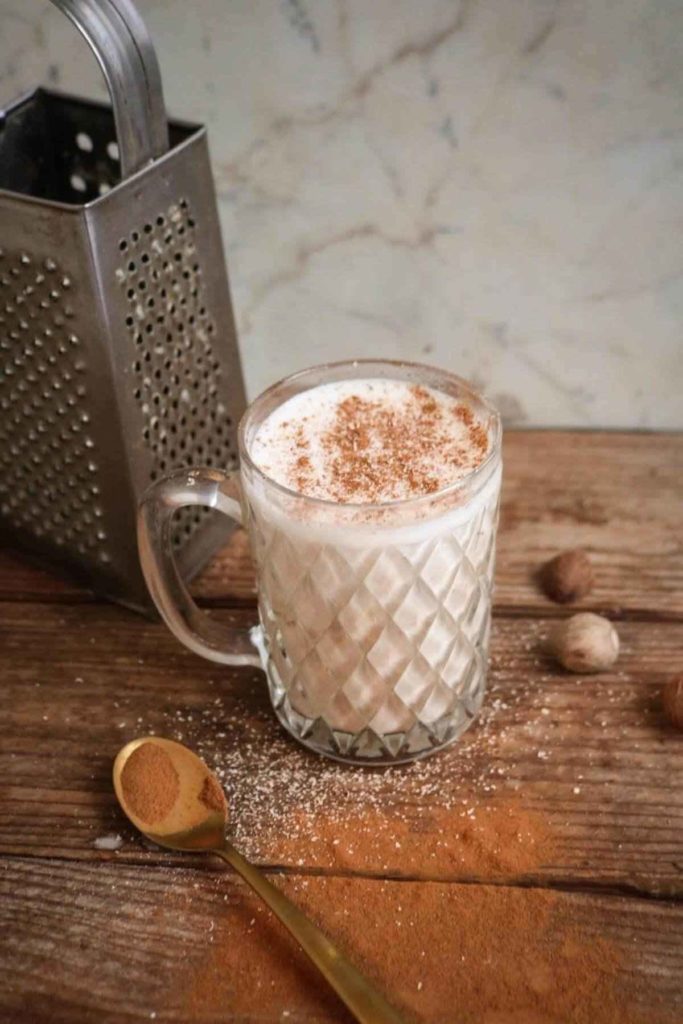 Some Alternative Ingredients For Your Chai Latte

I’d recommend sticking to our ingredients first, so you can taste our delicious version. I promise it will be worth your while! But if you’re not a fan of some ingredients, then here are some suggestions you may want to consider:

As much as I love coconut cream and its decadent tropical flavor, lots of other people don’t. Some may find the taste too rich. Or perhaps others just aren’t used to drinking such a thick, fatty cream. That said, if a lighter coconut flavor is what you want, then coconut milk is the next best thing. Coconut milk has far less fat and calories than coconut cream.

Now, if you’ve been on keto for a while, you’ll most likely recognize the next two alternatives – almond milk and heavy whipping cream. If you use almond milk, make sure you choose an unsweetened version. Some brands sneak in some sugar which adds a few carbs to your drink. 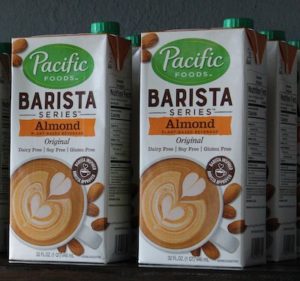 Heavy whipping cream is, of course, a keto staple. It’s rich in healthy fats and nutrients, but it does have much higher calories than coconut cream. If you’re looking for a dairy option so you get a taste of regular chai tea latte, then use this thick cream instead.

Here’s a comparison table of the different keto-friendly milk alternatives for your chai tea latte:

The spices we use in this recipe - cinnamon and nutmeg - are two popular options for a delicious chai latte. But other spices traditionally added to chai tea include ginger, vanilla, black pepper, clove, and cardamom. Fortunately, this drink is quite versatile so you can add whatever low carb spice you like.

For those wanting to add more fiber to your day, I would suggest adding a tablespoon of chia seeds. But you’d need to have this soaked in water for at least 30 minutes. For more protein, a scoop of neutral-flavored collagen or protein powder will help beef up your drink!

Surprised? Yes, coffee giant Starbucks offers a keto-friendly chai tea latte. It’s not shown on the menu though, so you’d need some assistance from your barista if you want none of the sugar.

According to mrskinnypants, a small Starbucks chai tea latte contains 22 carbs, which as we all know is way too high for anyone on keto (unless that’s all the carbs you consume for the entire day, then it’s acceptable!).

Converting a Starbucks chai latte to a low carb option involves asking your barista to do the following:

Knowing this information, what you can then do to replicate the java giant’s chai latte flavor is to replace the coconut cream used in this recipe with some heavy whipping cream. HWC is perfectly fine as it’s keto-friendly, but take note it does have higher fat and calorie content than coconut cream.

As for the sugar-free cinnamon dolce syrup, I wouldn’t recommend buying an expensive bottle in Starbucks. The label does say the syrup contains a trivial amount of sugar of around 28mg per 30ml serving, which isn’t really all that much. But if you’re doing clean keto, then it’s best to just stick to our healthy recipe! Plus, in my opinion, our cinnamon and nutmeg spice combo tastes much better than any cinnamon-flavored syrup, Starbucks or otherwise!

How Long To Store This Drink In The Fridge?

I would say it’s fine to leave the drink in the fridge for about 3-5 days. If you’re planning on drinking this frequently, I would suggest making a large batch. Just multiply the ingredients by the number of servings you wish to make. However, I won’t recommend freezing since it will change the tea’s taste and aroma.

To reheat your drink, you can pop it in the microwave for about 30 seconds to a minute (depending on your microwave). But heating on the stovetop works just as well.

Can You Enjoy This Keto Chai Tea Latte Iced?

Of course! This drink may be best served warm, but it’s versatile enough to still taste good if you add some ice cubes to your glass. You may need to add some more cream though if your latte turns out less creamy because of the ice.

This keto chai tea latte is extremely easy to make. It will fill you up quite nicely and give you an energy boost throughout the day! So, what are you waiting for? Make this recipe today and let us know how it turned out for you in the comments below!

Bring water to a boil and pour it into a cup. Immerse the 2 tea bags in the cup and let it steep for 4-5 minutes.

In a saucepan or microwave, warm the coconut cream. Once warmed, transfer to a jar and froth the cream using a frother or an immersion blender. Alternatively, you may put a tight lid on the jar and shake it vigorously until the cream doubles in volume.

Remove the tea bags from the cup, then pour the frothed cream over the tea. Add the liquid erythritol and mix well.

Chelf is a coffee-addict chef with a degree in personal nutrition, food biochemistry and social media marketing. Based in Greece, she left her heart in England where she had the best tomato soup ever. You'll find her in her "kitchen factory" where she cooks up delicious treats while listening to heavy metal tunes.